His To Keep (To Love & Protect, #8) by Carrie Davis is Live and available in Kindle Unlimited! 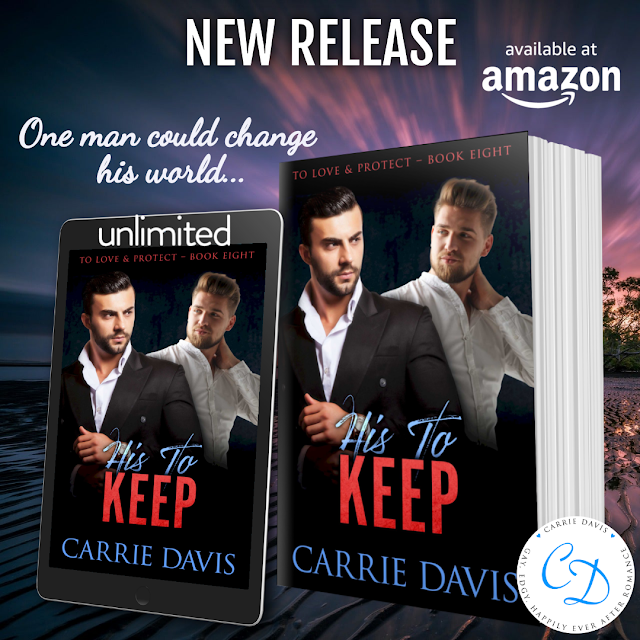 One man could change his world...

Slater Grady’s world forever changed when his sixteen-year-old sister was found murdered. Depression struck the family, leaving Slater vulnerable to years of neglect and serious abuse until he fled. Thirteen years later, his father is dead, his mother is struggling to reconnect with him, and his sister’s murder case is still unsolved.

Chase Jackson believes the original investigation of Brandi Grady’s death wasn’t properly handled. An investigative reporter, he sets out to find out the truth and put this horrible crime to rest, once and for all.

Chase and Slater find their mutual attraction turning into more as the two join forces to unravel the case, all while trying to survive incidents meant to deter them with potential lethal consequences.

Will Slater confide the dark details of his childhood? Can Chase overcome his own issues with the past? 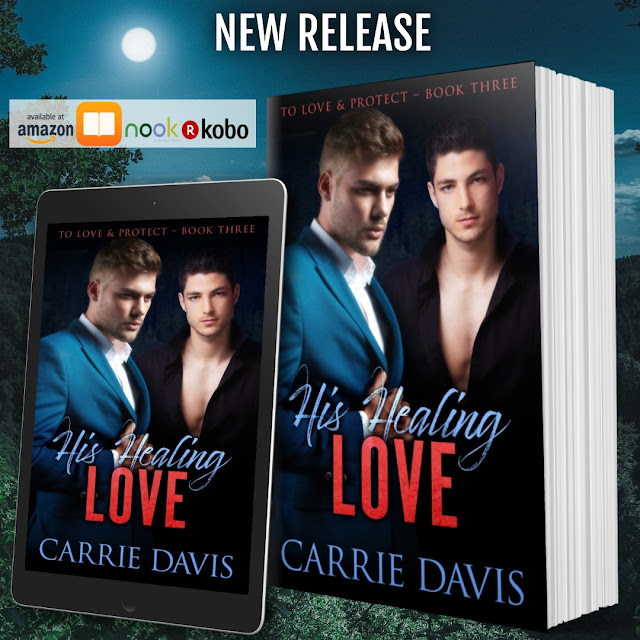