Music To Screw By

I've been thinking about music lately, especially since reading about the most relaxing song ever recorded. The article includes a list of ten songs deemed to be most relaxing. It wasn't a scientific study since it was conducted by a bubble bath and shower gel company, but it was interesting nonetheless. Enya made the list. I'm not surprised in the least.

So that made me wonder about songs appropriate to listen to when writing certain types of scenes. These songs could inspire me in my writing. My list of songs and the scenes they'd influence are below. How about you? Do you listen to music as you write? If you do, what do you listen to?

She left him for a wealthy man. Bitch.

Her jerk ex shows up on the scene to make trouble for her and her new love.

My characters are flirting like mad and eager to get out of the pub and hit the bedroom. The passion in the air is so palpable you can ignite it.

"The Principles Of Lust" - Enigma

My characters are hot and bothered and getting it on! They're so full of lust they make little squeaky kitten noises as they knock boots.

It's two hours later and my characters are still going at it. :)

My characters are so much in love they break out in dance for no reason, accompanied by an invisible orchestra.

Walking down the aisle, she's in her glowing white dress, and he's trembling in his boots - with joy!
at 12:00 AM No comments:

Hi everyone and welcome to my first post of 2014. I hope that you are all starting the year rested and with renewed ambition to succeed in your chosen craft. 2013 was a year of change for many of us with hard to understand guideline changes from big guns Amazon et al making the business of earning a living from writing a book even more difficult than it already was. So what changed?

For me the biggest loss I incurred was the disappearance of most of my titles from 'public' view. Amazon changed the game, as it so often does, brought on by panic and indecision that left many authors (especially in the erotica genre) scratching their heads as sales were halted. Amazon's policy was:

"What we deem offensive is probably about what you would expect."

Really? What I would expect? Ok, so that would be incest, rape, bestiality and underage sex. But I don't write any of that so my books are fine aren't they? Apparently not. It turned out that what I considered to be my best work, thought provoking, deeper stories were cast aside thought to be unsuitable for a site that sells sex toys including whips and chains, Debbie does Dallas video's and original, famous works such as 'Lolita' and 'The Story of 'O' '.
Was it the covers that were upsetting? I changed a couple of them but to be fair they were hardly shocking. This didn't make a difference and neither did my carefully thought out tags and descriptions that warned content was 'Adult' (surely a legal requirement?) but focused on the elements of the story.

I now sell so little on Amazon that it's hardly worth the bother. Ironically the books that sell week in and week out are my rawest, graphic works that are much stronger in content than the ones that don't show up in an average search. These are books that I would like to rewrite but I dare not take them down for even a day in case they too disappear into the Abyss of suited bluenoses shaking their heads in misguided disgust.

The problem I have with this, apart from the affect on my purse, is the contradiction. Are Amazon cracking down? Well yes, but only in some areas. They seem to be hitting small publishing firms and independent writers but not well established, well known erotica that has been on the site for years. As with everywhere else in life, there needs to be consistency. We need clear ground rules to abide by, why would we upload our book to their site if it is virtually impossible to trace?

I realise that all of this is 'so last year' but we do that in January don't we? We look back and see what we can improve on in the year ahead. For me it will be a series of uploading to 'Google Play' (where most of my sales come from anyway) and a continuing confusion of how to increase my sales on the monster we call Amazon.

Wishing you all a Happy and peaceful New Year,

I do enjoy shows that late night TV decide to throw onto the schedule designed to shock and provoke reaction. Channel Four in the UK love to do this sort of thing, and it was with a resigned sense of curiosity that I found myself watching 'Secrets of the Living Dolls'. In brief, the 'documentary' was based on a practice called 'Female Masking' where the male participant dons a 'doll like' full latex mask and dress up their bodies with breasts and vagina, hip, thigh and bottom padding to give a female shape. As usual, there was an 'attempt' at trying to show a balanced view, but I couldn't help but get the feeling that the editors were trying to make the participants appear vaguely pathetic.

Perhaps I am open-minded or something, but YKINMK ATO. Sprung to mind.

'Your Kink is not my Kink and that's ok'.

I will, point out however, that what they do, is not a kink to them, but a comfort. My choice of phrase, simply reflects my view on the matter. Do I want to 'male mask' or whatever the female equivalent is? Not really, but does what they do affect me in the slightest? No. It's just a preference. One I don't share, but it matters not in the grand scheme of things. What I did find offensive was the predictable slanging match on Twitter as the usual suspects decided to ridicule the protagonists of the show in some sort of twisted way that perhaps they thought might make them seem cool, or more manly. It's a sorry state of affairs really and all that kept cycling through my mind was YKINMK ATO.

Be aware. Know yourself - be aware that if something feels strange in what information you're being fed, either by someone you know, the media, or even someone you meet online on social media sites, 'news' sites or anything - trust yourself. Not everything you hear is always true.

Be strong. Stand by your convictions. Peer pressure is a huge thing, and I have been laughed at on more than one occasion when discussing my writing, yet such ridicule is simply insecurity for them. Why bring others down? Just a desperate attempt to make themselves feel better when faced with something they don't understand.


Well there is no turning back now. 2013 has well and truly disappeared into the night and I for one am quite happy For me 2013 was not a good year for many reasons one of which being my Muse went AWOL. :( So how was the year for you? 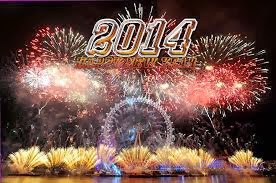 Well there is no turning back now.  It’s 2014, a third through the first month already. Can you belive that?! And what get’s said at the beginning of the year thousands upon thousands of times? That’s right, “Happy New Year!”

But what are we really saying. Do the words hold  hidden messages to different people? Like“I hope this year isn’t as shit as last year.” Or, “I hope you manage to finish that book you’re writing.”   There could be a thousand or more hidden meanings.
Think about it. What are our personal aspirations for the year?
Who among us has a crystal ball to look into and find out.what will happen. 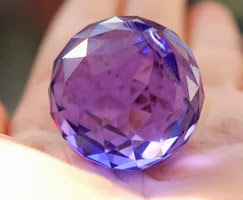 No? A successful businesswoman some years ago who had been described as lucky once said, “No, not lucky. Luck is spelled W O R K” Think about it. She’s right. So if you have broken all your resolutions already,  just set out some new  plans . Oh and by the way  HAPPY NEW YEAR! 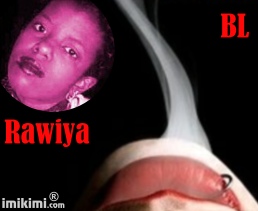